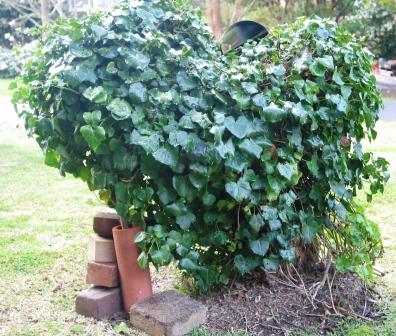 I’m back in Oz for a couple of months, with a small break, to be back again for the same period after that. My Mum has lost her sight. It’s a time of grief, like having lost a loved one. How would I react if all the things that I love doing are visual and my sight is suddenly gone? How would I cope? You have your ears, (Mum can’t smell or taste, but her marbles are great) , but as she says, the soul is gone from the books when you hear someone else’s voice, not the one(s) you imagined. I guess it’s something like seeing Dr Kildare in Colleen McCullough’s Thorn Birds when you could have sworn it should have been a taller Ben Casey.

I’ve come back to a mean-spirited country (pinched that epithet from an article in the SMH, or was it The Australian?) – but individuals show that it ain’t necessarily so. It’s also a country obsessed with security. The cartoons are the best reflection. APEC is next week. A kid asks his mother why they have fences around the conference enclosure. His mum answers: there’s a lot of dangerous people in there. Our Prime Minister says it’s because of the violent demonstrators. We’re not there yet, but see what I mean? And I find myself looking to see if my bag’s all zipped up. There’s also been a lot of kafuffle about the opposition leader, Saint Kev, being sighted in a strip club in NYC four years ago. The only problem I see with that is that the trip was on taxpayers’ money, but again how much has been wasted in those four years? And heck. Made him human. Another cartoon showed Minister Downer in sexshop undies – a pic that sticks? And it’s been raining, so there’s hope for the dams, despite the inconvenience.

I see agendas, agendas, agendas, and not the ones with the days of the year. Elections will be soon, but no-one knows the exact day. The diaspora better get cracking to register on time. Every vote counts. Well, we’ve heard that before.

In an interview at IP, I said that fire represented Australia for me. It destroys and it cleanses. There’s lots of tremendous research going on in this country. There could be lots more, but the agendas get in the way. There are lots of people speaking out, but who’ s really listening?

Mum may have lost her sight, but she sees things clearly. This isn’t the same country she brought me to in the early fifties. J.M. Coetzee, it seems sees something similar, judging by excerpts of his latest novel, Diary of a Bad Year. Mum didn’t speak English when she arrived as a migrant. Under the new restrictions, she’d probably never have been let in today. She helped build up a business with Dad and then she gave back as a person and as a Pink Lady. She’s the oldest person in her immediate community now and she still has a helluva lot to give.

So yes, I’m glad to be home. Roll on the cleansing.

One thought on “Raves and Rants”

On the beach where I grew up on weekends. Little h

I have tried to reconnect with friends on #Faceboo